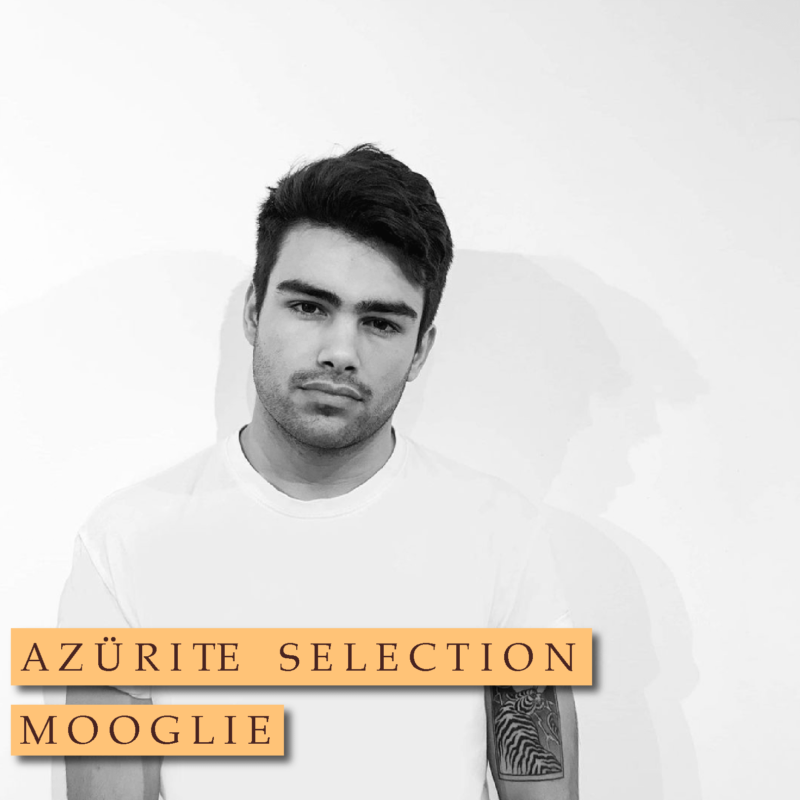 Mooglie opens the Azürite Selection podcasts with a groovy and melodic set filled with unreleased tracks but also with his new EP just signed on Sapiens Records, including the already known anthem, Prélude.

Mooglie is a musical project born out of a love for the space where electronic production meets jazz-inspired melodies and tribal rhythms.

The French artist began his journey by playing guitar in bands, before catching the French electro wave and starting the Aveax duo in 2013. This project lasted a couple of years and formed the foundations of what would later become Mooglie. The years spent honing his craft by digging for new sounds, jamming on guitars or electronic instruments and taking in the experience of DJing in clubs have led to Mooglie, the most authentic and original music of his career so far.

Since the first Mooglie EP in 2018, Louis has explored an uplifting, melodic techno sound which leans on the organic feel of Italo drums, hypnotising polyrhythms and New-Wave or Indie-Dance touches. His love for analog hardware and synthesizers brings these influences to life in warm, human ways which create a special feeling on the dancefloor. Signing to scene leader Agoria’s label Sapiens in 2020 marked a big step for Mooglie. The ‘Prélude’ EP found supporters in many key DJs and helped to showcase this unique sound to the world. As Mooglie continues to develop his musical vision, and translate it to a live setting through captivating DJ sets, the sound world of this bright talent is expanding.